My friend Nancy’s email about music made me think about the simple children’s song, “Jesus Loves Me.”  Although my mom couldn’t communicate much during the last years of her life, she could still sing, and the old hymns and Christian songs were favorites.  Jesus Loves Me always brought tears to her eyes.  My husband and I had a good Christian friend who asked that this song be sung at his funeral.  I think he felt its’ simple message captured the essence of his faith.  He’s not the only person who ever felt this way.  Karl Barth, a Swiss Reformed minister, who was know as one of the greatest theologians of the twentieth century was once asked to summarize all the words he had written about theology.  His answer?

“Jesus loves me this I know, for the Bible tells me so.”

The words of this song were first published in a novel entitled See and Seal by Anna And Susan Warner.  In the story a young boy named Johnny is dying.  His Sunday School teacher comforts him by making up this little song.  The novel became a best seller in the 186o’s, and the song, set to music by William Bradbury, became the best-known children’s hymn of all time.

Last night I received an email from my good friend, Nancy, who is also one of our faithful readers.  She mentioned that she had been at a funeral and the music was just lovely.  In her words:

In keeping with the blog, I went to the funeral yesterday of a dear friend from church. It was the most singing at a funeral that I have ever experienced, and it was perfect. One of the songs we sang was the “Hymn of Promise” that I had sent to you. And we sang a medley of last verses of six old hymns that all spoke of heaven and Jesus coming to “take us home.” There were more hymns- all were affirmations of faith and hope.

This made me think about the songs that uplift me in times of grief.  One of my favorites is “I Know that My Redeemer Lives.”  It’s an Easter song, based upon Job 19:25-26

“I know that my Redeemer lives, and at last he will stand upon the earth, and after my skin has been thus destroyed, then from my flesh I shall see God,

Whom I shall see on my side, and my eyes shall behold, and not another.”

I can’t imagine anything more comforting and hopeful than that word  picture.  Here’s the whole hymn, in case you don’t know it:

“My heart which is so full to overflowing, has often been solaced and refreshed by music when sick and weary.”

What about you?  Have you ever been comforted by music in a difficult time?  We’d like to hear your thoughts. 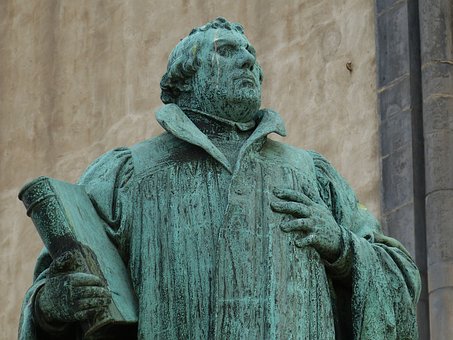 The Bible tells us that singing is good;  Martin Luther said music is a gift from God.  Numerous studies also tell us that singing and music are not only good, they are good for us.  Here are some examples:

My advice?  Go to a church where you sing and make a joyful noise to God at least once a week.  You’ll be happier and healthier.

Years ago the Via de Cristo accountability group I was in  spent time discussing our prayer life.  One fellow in our group shared how each morning, he played a CD of favorite worship music.  He paid close attention to the words as well as the music and considered it a time of prayer.  That was eye-opening for me!  Music as prayer! 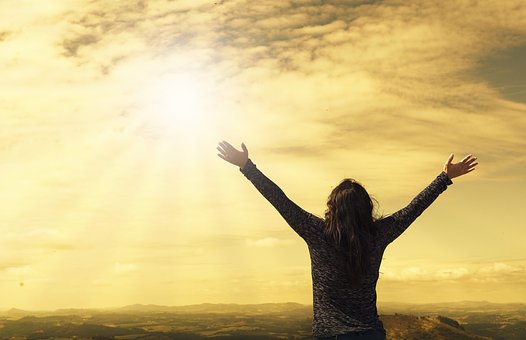 I took his advice and starting playing Christian music on Saturday as I cleaned the house.  Soon a time of drudgery was transformed into a peaceful place of communion with God.  I encourage others to try this — listen  to music when you’re doing mindless chores, driving, or just taking a break.  Speak to God in the words of the song, and let Him touch your heart in the same way.  God doesn’t care how we talk to Him, He just wants us to do it.

“…be filled with the Spirit, addressing one another in psalms and hymns and spiritual songs, singing and making melody to the Lord with all your heart, always and for everything giving thanks in the name of our Lord Jesus Christ to God the Father.”  Ephesians 5:18-20

Have any of our authors or readers also used music this way?  Tell us about your experience.

I borrowed this book from my husband’s office at church because it looked like it fit well with our theme this month and some of the posts I have been doing on the Psalms.  The Psalter was Martin Luther’s daily prayer book as a monk and the subject of his initial lectures as a professor.  His lectures and commentaries on the Psalms fill five volumes in the American Edition of Luther’s Works

This book combines several resources.  The text of each Psalm is included along with the translation of Luther’s Summaries on that Psalm.  To maintain the devotional style some things have been omitted, and his shorter summaries supplemented with comments from other writings.  Each Psalm is also accompanied by a prayer drawn from Book of Devotion:  The Psalms by Rev. F. Kuegle.  The Book also includes instructions for singing the Psalms, categories of Psalms, and a schedule of Psalms for daily prayer.

Reading the Psalms With Luther is an excellent resource for individual or family devotions.  I hope some of our authors and readers will try it and post their opinion.

Confirmation is a special day for most Lutherans;  the day when, as an adult (or someone close to adulthood) you reconfirm the baptismal promises made for you by others.  When our daughters were confirmed, they had to write and read a speech to the congregation on the topic, “what my faith means to me.”  They also got to choose a Bible verse and a song.  Since my daughter, Kate, is one of our authors, I thought I’d share her confirmation song — we’ll see if she remembers it, and maybe will post about why she chose it.  It’s called “On Eagle’s Wings” and is based on Psalm 91. Maybe some other authors would like to share their confirmation song, if they chose one or one that was chosen for them.

In 2004 I served on my first Via de Cristo coed team. I had been a pilgrim in 2001, then served on women’s teams after that (my first being led by Joan Culler!), but this was my first coed team. Due to some unexpected problems, the team had been formed late. I had not met the rector (head of the team) before, but he was looking for a female who would serve on the music team and I was willing to give it a try.

The rector, a man named Andy Foor, instantly became a dear friend (Andy is like that). I remember so clearly that whenever we were leading the singing, Andy would step into the aisle between the tables and walk toward the music team, and he would smile – and when Andy smiles, so does everyone around him. I started smiling as I sang – with a joy that goes beyond ordinary smiling – and I continued smiling when singing praise music for a long time afterward.

The reason this is significant is that I was one of the music team at today’s Ultreya (a reunion gathering of the Via de Cristo community – ours are held every other month). And the reason that is significant is that it’s the first time I’ve led music since my surgery last summer (almost the first time I’ve held a guitar). Leading music takes a lot of energy, and I have to steward my energy carefully as I continue to recover.

Still, I thought I’d try it for this short period of time (actually, I thought I wouldn’t risk it, but God said, “Why not try?”). We sang only a few songs, but the room was full of unity and joy. As I heard the words, as I looked at the faces of old friends and new, I started to smile again and felt that joy in my heart – the joy of the presence of the Lord.

Sing to God, sing in praise of his name, extol him who rides on the clouds; rejoice before him—his name is the Lord. (Psalm 68 4)

Anyone that has teenagers or younger kids probably knows that phones (as it were) are a big part of life. Back in my day . . . our phones were just that, phones. And they weren’t very portable. In fact a lot of them still mounted to the wall. And then there were those that sat on the counter. Still you were limited to the distance of the cord.

But I acquiesce, now its different. There is a world of information at your fingertips. Some good, some bad. Lately I’ve noticed a good trend, a musical one. Many of the games are based on a music. And the music that plays is largely classical. As they tap on the screen in time with the tune they’re immersed in wordless melodies. I think its a wonderful way to re-introduce our next generation to something besides glamour based hip hop. (Not that I haven’t indulged myself on  occasion.) But there is study after study that shows how classical music in particular, has various benefits to our human brains.

Do I know the science of it? Absolutely not. But I know that when I listen to music, something happens. There’s always at least an emotional reaction, and often if it hits home, I get literal chills. Y’all know what I mean right? Everybody has felt it. Everybody has that one song. That has to be God given.

And we may never know why exactly, but God seems to have given us this beautiful gift not solely for entertainment, but in part at least to inspire, and heal. In fact music is so important to God, He created Psalms. A large collection of music mostly written by a beloved warrior king. (I’d love to be able to go back in time to hear how they were originally meant to be heard.)

So while kids today have it pretty good, and technology is scary, God will always want to share His wonders with His children. And that’s pretty cool. 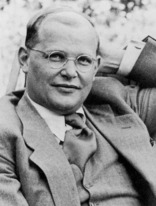 “Music… will help dissolve your perplexities and purify your character and sensibilities, and in time of care and sorrow, will keep a fountain of joy alive in you.”