This is part 2 of my husband’s sermon on living biblically.

George Barna, who is well-known for his work doing surveys about the church was asked how we can know what another person truly believes?  How can asking questions open up something which can be kept hidden?  In his answer, Dr. Barna said that he does not just ask people what they believe, he also questions them about what they do.  The he said this:

“You do what you believe.  If your behavior doesn’t represent your (stated) beliefs, it’s not really a belief.”

Jesus says the same thing.  At the close of the Sermon on the Mount, he speaks of false prophets and how to tell who they are, saying:

“You will recognize them by their fruit…. every healthy tree bears good fruit, but the diseased tree bears bad fruit. “ 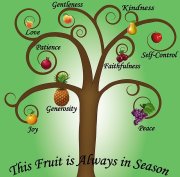 In other words, if you are believer, you will have a living faith, one which presents itself to the world through deeds.  Let’s continue with Paul’s words in the book of Romans:

“For through the grace given to me I say to everyone among you not to think more highly of himself than he ought to think; but to think so as to have sound judgment, as God has allotted to each a measure of faith. For just as we have many parts in one body and all the body’s parts do not have the same function, so we, who are many, are one body in Christ, and individually parts of one another.  However, since we have gifts that differ according to the grace given to us, each of us is to use them properly: if prophecy, in proportion to one’s faith; if service, in the act of serving; or the one who teaches, in the act of teaching; or the one who exhorts, in the work of exhortation; the one who gives, with generosity; the one who is in leadership, with diligence; the one who shows mercy, with cheerfulness.” Romans 12:3-8

Essentially what Paul does here is move everything that is spiritual out to the rest of our lives..There are people whose Christianity is limited pretty much to an hour or so on Sunday;  but our worship isn’t confined to one space, once a week.  Rather, our entire life is worship.

When someone lives a life of faith that is framed by a truly biblical worldview, they will come to understand how it is that God has blessed them in terms of the tasks prepared for them to do which build up His kingdom.  As Carl Olaf Rosenius said:

“Believers are not to use their time and gifts according to their fancy, but these are to be used for the glory of Him who paid such a tremendous price for us.”

This is a continuation of my husband’s sermon series on having a Christian worldview.  For part #1 see:

What is my Worldview?

Let me start by giving you some statistics which have been published by the polling expert, George Barna.  Barna’s Cultural Research Center at Arizona Christian University has found that only 6% of Americans, as a whole, have a biblical worldview.  In other worlds, only 6 out of every 100 people actually believe what Christians are supposed to believe or act in the way God expects His people to act.  Only 1/5 of those who attend Evangelical Protestant churches have a biblical worldview, 16% of Pentecostals have a biblical view of life, a mere 8% of mainline church members, and just 1% of Roman Catholics share a worldview that corresponds to what the bible teaches.  And if we look to the future of the Church in this country, we now find that only 2% of people between 18 and 29 have a biblical worldview. 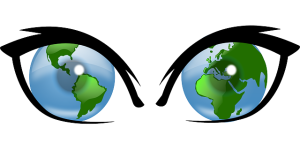 The Church has obviously failed in its Christ-given task to make disciples of its members in a way which would make their lives pleasing to the Lord.  When Jesus spoke what we call the Great Commission, His specific instruction was that we are to make disciples, and disciples are those whose lives and words reflect those of their teacher.  And we’re not doing it.  As a pastor, I must take my share of the responsibility for this failure.  If the Church in America is going to have a revival, we must begin now to preach the hard things as well as the pleasant things.  Too often those of us who occupy pulpits shy away from that task because people don’t like hearing what’s wrong with what they think or how they act.  Pastors want to be liked as much as anyone else, so we focus on the Gospel and forget the Law.  Things have gotten so bad that many people in pews around this country could best be described as practical atheists–they profess Jesus but live as if He doesn’t really exist.  One observer of American Christianity has described what is taught in many churches as moralistic, therapeutic, deism.  Something like — God loves you, He wants you to be good, and He will fix all of your problems if you let Him.