Thirty-six years ago, on the first season of Frontline, a documentary film was aired which examined both sides of the abortion issue, focusing on The Reproductive Health and Counseling Center (an abortion clinic) in Chester, Pennsylvania.  This year, a second film has been made, revisiting the issue in the same location.

The clinic has now merged with another group and is called The Philadelphia Women’s Center.  There have been changes:  abortion centers in Pennsylvania are now required to comply with the same regulations as other surgery centers — this has increased expenses and resulted in a decline in the number of facilities.  Abortion providers are also now required to read a script which outlines options to abortion as well as possible complications from the procedure to all patients 24 hours before having the abortion done.  There are now bullet proof glass windows separating the employees from those entering, due to an increase in threats against the clinic.

The abortion divide has not lessened.  Volunteers still stand outside the clinic, trying to dissuade women from the decision to abort.  Crisis pregnancy centers and maternity homes to assist homeless pregnant women have increased in the decades since the first film was made. 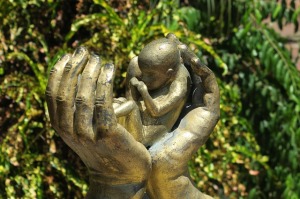 The makers of this film have presented both sides of the issue, but there is a subtle bias in favor of abortion.  Mention is made of the fact that many of the protestors are older men, along with a pro-choice supporter asking , “what right do they have to tell young women what they should do?”  and labeling it “pure hypocrisy.”  The new requirement that the clinics meet the standards of other surgery clinics has “made it harder for women to obtain health services.”  Mother’s homes which offer shelter to homeless pregnancy women “lack the resources to follow residents after they leave” and so their effect cannot be assessed.  Near the end, viewers are told that pro-life forces are “unmoved” by any arguments, and more dedicated than ever.

What could not be hidden was the guilt and sadness that almost every woman interviewed felt at the prospect of aborting her baby.  This is rarely an easier decision.  Those on the pro-choice side say “life is complicated and women deserve to have control of their lives.”  Those on the pro-life side would maintain “life is complicated, and we must help people make wise decisions about life and death matters.”

If you don’t have time for any other book this year, read this one.  I seriously had trouble putting it down once I started.  Abby Johnson is completely honest and vulnerable in describing her journey from Planned Parenthood Director to leader in the pro-life movement.  I enjoy reading about the spiritual journeys of others, and this an engrossing example.  Abby writes about her professional and personal life, including her own two abortions.

Some of my personal takeaways were: