Most Americans know little to nothing about who the Puritans were and what they taught….and a major part of what people do know is wrong!  Puritanism was nothing more or less than an English expression of the doctrines of the Reformation as formulated by Luther and his associates and other Reformed figures such as Calvin, Bucer and Zwingli. 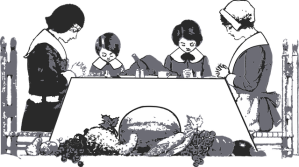 For Lutherans it is interesting to compare Puritan thought with Lutheran Pietism–a movement which has profoundly affected Lutheranism in the United States.  The Association of Free Lutheran Congregations has its background in that Pietist movement brought here in the 18th and 19th centuries by immigrants.  When we look at the two movements (Puritanism and Pietism) we can see the relationship is not just between two past movements, but has to do with what we believe, teach and confess today at St. Paul’s Lutheran Church in Leitersburg.

Both Puritans and the Pietists sought to teach and experience a faith that was truly guiding their lives, the kind of faith we say we desire today.

If you are interested in learning more about the Puritans, my husband, Pastor Terry Culler, will be teaching a continuing education class through Shepherd University via Zoom.  The class will begin on Wednesday, March 17 from 3:30PM-5PM and will continue for 6 weeks at the same day and time.  To learn more follow the link below:

For other posts about the Puritans see:

Heaven is a World of Love by Jonathan Edwards — Book Review

An Introduction to John Owen by Crawford Gribben–Book Review

For more on pietism see:

For centuries Christians have disputed amongst themselves the meaning of the new sacramental meal. Different theories of what Jesus meant with the words He used that night, those phrases we have come to call the Words of Institution. Some, as far as I know only Roman Catholics, teach transubstantiation. In other words, the bread and wine literally become the Body and Blood of Jesus and they remain that once it has happened. Therefore , unused wafers and wine, once consecrated, can be “adored” by believers for they are now considered to be permanently the true divine Body and the true divine Blood. On the other hand, those who follow the teachings of the Reformer Huldrich Zwingli say that the Communion meal is simply a remembrance of the Lord’s sacrifice for us, a physical reminder of His love displayed. Christ could not be physically present, these folks argue because He ascended bodily and has chosen to be in the Body for eternity and a physical body cannot be in more than one place at a time. 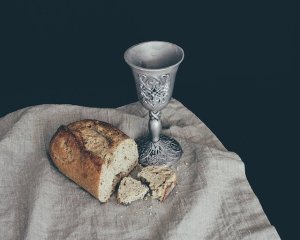 Those we call Calvinists try to split the difference, contending that Christ is truly present in the Sacrament, it is not simply an act of remembrance, but His presence is spiritual and not physical. The Holy Spirit comes into each believer as he or she receives the elements while Christ remains in heaven while non-believers would receive only bread and wine. And then there are Lutherans—don’t you know we’re out there by ourselves. We utterly reject the transubstantiation argument of Catholics because it is obvious that we still have bread and wine no matter what is said over them. But Christ said that the bread was His Body and the wine His blood, without any restrictions attached so we accept what He says as truth and speak of His Body and His Blood as being somehow under the elements. We truly receive what Christ promised and we’re willing to let it go at that. There is an urge in all of us to try to explain everything so it makes sense to us, but we can’t always do that when it comes to things divine. Faithfulness does not require a complete understanding of those mysteries that are understood by God alone. For believers it is enough to simply accept Jesus’ words as Truth and not try to parse them out so our feeble minds can somehow grasp divine meaning. As it has been said, if I could understand God and His ways completely—I would be God.

These disagreements are not going to go away until Jesus comes again. However, what we believe, teach and confess about the Sacrament does not determine our salvation. So we should remember to be generous to those brothers and sisters with whom we disagree, but neither should we ignore something so fundamentally important to our faith as the Holy Supper. Nor should we try to play down what we believe in order to have earthly fellowship, for to go against conscience is ultimately destructive of our faith.

For part one see:

God’s Victory Through the Sacrament of Communion, part 1